How A Virginia Custom Home Builder Restored A Historic Home

How A Virginia Custom Home Builder Restored A Historic Home

How does a custom home builder in Northern Virginia end up restoring Frederick Douglass’s first home in Washington D.C.? For Brush Arbor Homes it was as simple as their reputation for doing high-quality work.

Logan Welsh joined Brush Arbor Homes in 2019 but his relationship with owner Jonathan Smith goes back much further. “I grew up with his (Jonathan’s) sister. She and I went through elementary school together so I’ve always known Jonathan,” Logan explained. Therefore it wasn’t entirely out of the blue when Jonathon called Logan to help run Brush Arbor’s operations.

Brush Arbor’s niche is single-family custom homes in the Northern Virginia area. Over the course of their history, they have garnered a reputation for beautiful craftsmanship in their homes and excellent customer service among other things. “Over the course of the years with Brush Arbor gaining the reputation that it did obviously that involves a very sound network of other folks out there who are finding properties and connecting those properties with others including Jonathan,” Logan said. One of these connections led to an inquiry about Brush Arbor renovating 316 A Street, the first home for the abolitionist Frederick Douglass in Washington, D.C.

The backstory of a historic home

Frederick Douglass moved to Washington, D.C. in 1871 where he was named the US Marshal for the District of Columbia. Frederick settled in at 316 A Street, Northeast, a short walk from both the US Supreme Court and the Capitol. He resided at this address until 1877.

Preserving history for the future

Once Brush Arbor was brought in, Logan and his team immediately saw the opportunities and challenges in renovating this historic property. “With an older home that’s been there that long you have the shell that you have to deal with and it’s not just the physical and engineering properties of it but from the outside, it’s also the cosmetics because it’s a historic home in a historic neighborhood,” Logan said. This led Brush Arbor to bring in a custom woodworker to replicate the scrolling exterior embellishments on the third-floor windows to create a uniform experience.

Challenges persisted in the interior renovation as well as the historic property did not come with modern framing. “In a new house, you get to frame up two-by-four or two-by-six walls and cut holes and run PVC pipes. Here, especially where square footage is at a premium, you don’t just want to haphazardly add a bulkhead somewhere just to be able to run ductwork,” explained Logan on the challenges of bringing the building up to code while maintaining its history. These creative challenges prompted creative solutions with the Brush Arbor team working in collaboration with their architect partners and the realtor group representing the property to find the right solution. “Being able to work with the architects and engineers to incorporate steel and all the new wood and everything that goes into this to make it ultimately a new house on the inside of that shell and connected to the shell was a big feat.”

While Brush Arbor faced new challenges across the board on this renovation project, their commitment to expert craftsmanship shined through on the final product. The main house property, including 6,150 square feet, seven bedrooms, six and a half bathrooms, and four one-car garages, recently sold for $4.9 million from HRL Partners and Thornett+Corder of Washington Fine Properties.

The tool to bring it all together

As the Frederick Douglass home renovations began Brush Arbor was also taking on a new project, integrating CoConstruct into their building process. From an operations perspective, Logan saw CoConstruct as the glue to bring everything together. “I never used CoConstruct before but I just said, ‘Don’t teach me anything. I want to dive into this thing and see how user-friendly it is,’ and it was awesome, this is the tool that’s really going to bring this all together,” Logan explained of his first reactions to the platform.

By connecting their CoConstruct account to their QuickBooks account, Brush Arbor was able to track their actuals throughout the life of the renovation to stay on budget and protect their profit margins.

Since joining Brush Arbor, Logan has helped integrate more and more of CoConstruct’s features into their processes and he’s seen firsthand the difference it’s made to the company. “Now every job runs through CoConstruct. We estimate in the system, we budget it, we set margins in there, we invoice clients, it’s connected to QuickBooks so all the invoicing flows out from there, we watch the numbers in there, the clients can see it, job logs are almost an everyday occurrence...I would say we’re in the 80% usage of its intent and it’s working wonders for us, it’s really a great system.”

Preserving the past while building a better future

In addition to preserving the past with the Frederick Douglass home, Brush Arbor is helping to build a better future with their nonprofit partner, Buy One Build One. This nonprofit, also founded by Jonathan, allows Brush Arbor to build a home in a Third World country for every custom home they build in Northern Virginia. The idea for this nonprofit came to Jonathon during his travels abroad and his deep-rooted belief in putting relationships with people first. “Even the nicest of homes will eventually pass away but if you can make an impact in the lives of others through doing this, through giving back...it’s huge,” said Logan of the role of philanthropy to the company.

The company plans to expand this program in the coming months to other builders who are interested in giving back as well. “Our goal is to package Buy One Build One so that in the future really any builder can apply this to their website if they want to engage in that program.” If you are a residential construction business owner and are interested in getting involved with Buy One Build One you can learn more about the nonprofit and get in touch with their team at their website here. 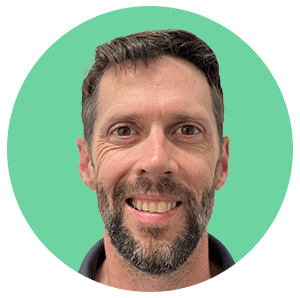 Q1 Construction Industry trends: Spike in time to build a home
How a Minnesota home building company grew with CoConstruct
How one Kansas remodeler saved time by streamlining their operations