How One Baltimore Remodeler Reduced Staff + Got More Work Done

How One Baltimore Remodeler Reduced Staff + Got More Work Done

Since 2009, Rick Byrd of Byrd Design + Build has offered historic restoration and high end remodeling services in the Baltimore area. As his company has grown, Byrd’s role has evolved from master craftsman to business owner and administrator. He now has six team members including his wife Katie, who serves as Director of Marketing. As a builder, he values organization when keeping track of projects.

In early 2018, Rick bought CoConstruct to help him manage the chaos of his countless spreadsheets, emails, and text messages from clients.

In 2011, Byrd’s business was growing quickly.

“I got an employee, and then another one, and then we got bigger projects,” said Byrd. “I did all the financial side, the sales, the books, the design. I did everything on the other side of the business.”

As his business grew, Byrd was overwhelmed with coordinating the many moving parts of his business in disjointed systems. He needed a way to manage his spreadsheets, communications, and job details. Eventually, he found CoConstruct.

At first, Byrd and his team struggled to learn the software. “I always equate it to having a Ferrari in your driveway, but learning how to drive it is another thing.” After a year, he knew he was only scraping the surface of CoConstruct’s capabilities. “I was only using it for spreadsheets, and estimates, and things like that.” Hoping to realize the software’s full potential, Byrd called CoConstruct to ask for help. CoConstruct sent an on-site instructor to help Byrd’s team learn the software.

Byrd reflected on the experience, “It was like drinking from a fire hose. It was nuts. We came out of that as a whole different company. We changed a lot. I reduced from 15 employees to 8. We’re doing twice the amount of volume.”

Now that his business is fully integrated, Byrd is able to manage his jobs from anywhere.

“CoConstruct just saved me a boatload of money,” Byrd said. In one of his recent projects, a customer tried to withhold $30,000. Thanks to CoConstruct, he had all of his communication documented and was able to hold the customer accountable for the money that he was rightfully owed.

He explained, “Now there’s no more ‘he said, she said’. With change orders now being documented, we’re not eating copious amounts of money like we usually would be.” At the end of the day, his customer paid him because every exchange was recorded on CoConstruct.

When Byrd first purchased CoConstruct, he had a hard time getting his team on board. At the time, he had one project manager who managed 20 projects with text messaging, email, and a piece of paper. After attending CoCon, Byrd’s PM embraced CoConstruct when he saw the full capability of the software. Now, they are“very comfortable” with the software. With CoConstruct, it is easier for their team to collaborate on a multitude of projects.
Byrd Design + Build’s incredible project portfolio demonstrates their dedication to providing organized, high-quality service to their customers. 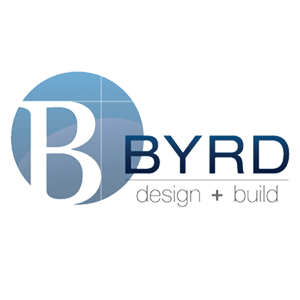