Why do I keep getting these kinds of clients?

Why do I keep getting these kinds of clients?

I was about to be the picture of pride in suffering.
In 2003, I was in the midst of a successful career, running a team of 20 people at a Fortune 10 company. But the company wanted to downsize — and they were writing checks to whoever wanted to jump ship.

I always knew I would go back to running my own business, having started two of them prior to going the corporate route, but I had never had any real, work-the-phones, press-the-flesh sales experience.
‍
So I approached a friend-of-a-friend of mine who I knew needed a salesperson. He owned a firm that sold an online information service to lawyers. It was a company of only a few people, with one salesperson.
‍
But whoever was in the sales role always never seemed to work out. Red flag numero uno.
‍
‍I told him I’d come work on all commission so I could learn the ropes.
‍
So I quit my steady-paycheck job and embarked on my new sales career. I was drunk with the idea of storming the sales world.
‍
And through sheer determination and divine intervention, I had some success. We opened up a whole new market, selling not only to lawyers, but high powered Wall Street types. We doubled the annual revenue. We grabbed all of the low hanging fruit.

But as I forged ahead, I started running into brick walls. Like, Fort Knox thick.

Prospects often disputed the value of the service. They asked questions about why we did certain things some ways and didn’t do other things at all. Why did it cost what it did compared to other services out there?

I answered those questions the best I could — like how my boss (the company’s founder) told me to answer them. I had some reasons of my own. Sometimes those answers satisfied the prospects.

Many times they didn’t.

But through it all, I kept my head up. I could take on the adversity. Why? Because my boss explained the root cause of the problem:
‍
“Those people are stupid.”
‍
‍They didn’t see the gem that they had before them. They didn’t appreciate the 70 hour weeks and no vacations that another team member had put in for 3 years prior to keep the content of the service up-to-date. It was their loss for not buying.

‍They were the problem.

And I thought I had the best boss in the world, because he didn’t think that I was the problem.

I was just an honest salesperson working my tail off to offer a phenomenal product to a bunch of pinheads in techno-backwards industries that were having economic problems.

I guess that’s what happened to all the salespeople before me. Right?

Well, I asked my boss. He said that they didn’t sell much because they were lazy idiots. Red flag #2.

After the blinding enthusiasm wore off (along with the dwindling commission checks), I wondered what the odds were that I only managed to talk to the stupidest people around — who just happened to run the largest law firms in the country and were regularly featured as the financial experts on CNBC.

So I ripped apart what I was doing.

I rethought what our product did, how we priced it, how prospects viewed it, and the value that our existing customers got from it. I needed a better solution since if only the nicest-of-the-nice were going to drop big bucks with me, I wasn’t going to make it.

Did I mention I sold to lawyers and Wall Street guys? Not exactly the poster children for “nice.”

Dealing with rejection from one jerk after another was wearing on me. It bled through to my mood. The toll was mounting on my marriage.
‍
And I came up with some answers — answers that explained how they weren’t the problem. It was how our service was bringing out that response in otherwise normal, rational people.

So I developed a plan to address those issues. To tweak how we worked and what we offered. To increase the value to our current customers and pull in new ones. And I presented it all to my boss.


Well, I never got to see whether I was right or not, since my boss — the man who constructed the entire concept of the business and invested his retirement savings into it — was less than pleased to consider that his plan might be partially to blame.

He screamed at me.And yelled some more.Red flag #3.

And so we kept on doing what we had been doing. But my mind was elsewhere.

Our office had gone virtual and my wife and I had just built a custom home a few hours away from where we were living.

It was a bumpy process, but we still got along with our builder.

But things weren’t so pleasant with many of his other clients. It turns out that many custom builders also seem to always have pinhead, a-hole clients. But it’s always the client’s fault.

That must be the case, since every now and then, one would be fine (like me). So it couldn’t be because of how the builder is doing business. It’s clearly because the clients didn’t understand the quality of their contractor.

The story was just all too familiar. And I saw the opportunity staring me in the face.

So shortly thereafter, I started my own company — CoConstruct.com. And this time, when it came to selling my own service, I was in control over finding out whether someone was a jerk or whether my company somehow brought that out in them.

And in an annual survey of our customers, we asked “Would you recommend CoConstruct to a friend?”

Survey researchers regard that as one of the most powerful questions you can ask. It’s even more telling of someone’s true thoughts than “How much do you like CoConstruct,” because you’re not going to put your neck out there to a friend if you don’t really feel strongly about it for yourself.

100% of the people said yes, they would recommend it to a friend.

I didn’t trust the survey tool, so I dug through each survey by hand.

Sure enough, every person had the same response.

But yet we keep asking. Keep surveying. Keep checking in. I never want to stop looking for ways to bring out the cheerleader, and not the jerk, when we cross paths with a custom builder or remodeler.

I’ve been on the other side of that road.

Whatever you do, when one of your projects starts to sour, never point the finger at the client and assume that it’s completely their fault for what happened. 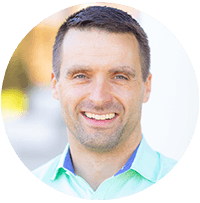 Since starting CoConstruct in 2004, Donny has worked to create a better process for custom home builders and remodelers to manage their projects.